“There has been a long history of social, racial, economic and political injustices for African American communities in Los Angeles. Fifty years ago, in the neighborhood of Watts—on August 11, 1965—these injustices erupted into the six-day Watts Riots/Rebellion. The Riots/Rebellion served as a crucial turning point in LA’s Civil Rights Movement and is now recognized as one of the most severe civil unrests in the history of the City.

The Office of Councilman Joe Buscaino and the Department of Cultural Affairs (DCA) seek to commission a new mural within the neighborhood of Watts, in the 15th Council District, to commemorate the Watts Riots/Rebellion of 1965. The mural will serve as a visual reminder of community resilience and the vision for an improved quality of life in Watts.” – Taken from The City of Los Angeles Department of Cultural Affairs Request for Qualifications

Artist Judy Baca, and her team at the UCLA @ SPARC Digital/Mural Lab have been awarded the opportunity to create a new mural commemorating the 50th Anniversary of the Watts Riots/Rebellion. Baca, along with the Digital Mural Lab’s system administrator, Farhad Akhmetov, Ph.d candidate/multimedia artist Carlos Rogel, Ph.d. candidate Kaelyn Rodriguez, first African-American woman muralist in LA Alice Patrick, Harbor Watts Economic Development Corporation’s Frank O’Brien, and muralist Daryl Wells will create several sites of public memory including an inventory of important cultural assets to the Watts neighborhood, culminating in a mural at Markham Middle School. The mural will demonstrate the underlying history and resilience that Watts has embodied from 1965 to 2016. The intention is to make visible the events and circumstances that precipitated the largest riot in American history in 1965. Today nothing remains of those events but a profound “absence” as the sites are without markers, commemoration, or memory. The sites, where significant events occurred, will be marked via etched concrete sandblasted into existing sidewalks and connected via a walking, biking or car tour created for the public with didactic materials via memorial plaques and enhanced via augmented reality cell phone technology for the public to interact with. Each site will contribute to the unfolding story of the development and escalation of the riots in the Watts area. While efforts have been made to improve conditions in the Watts community, many of the same issues are still affecting life in Watts today where the life expectancy remains the lowest of any city in California. Through their efforts to highlight the past, present, and future of the Watts, Baca and her team hope to contribute towards a new understanding and optimistic future for the neighborhood’s future growth.

The sites of public memory and mural are estimated to be completed in October 2016.

The corner of Avalon and 116th – the first site of historic importance will be marked by the Watts: Riots/Rebellion 50th Anniversary Commemorative Mural Project on the ground, with a logo for the project in permanent materials that directs people on the tour and marks the beginning events leading to the Uprising of 1965. In addition, cultural sites along the way are noted. 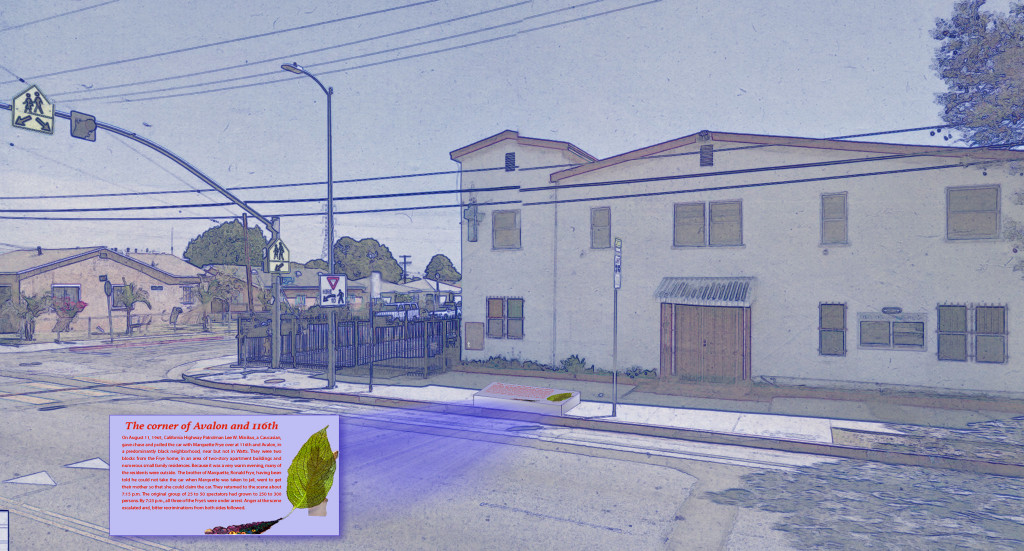 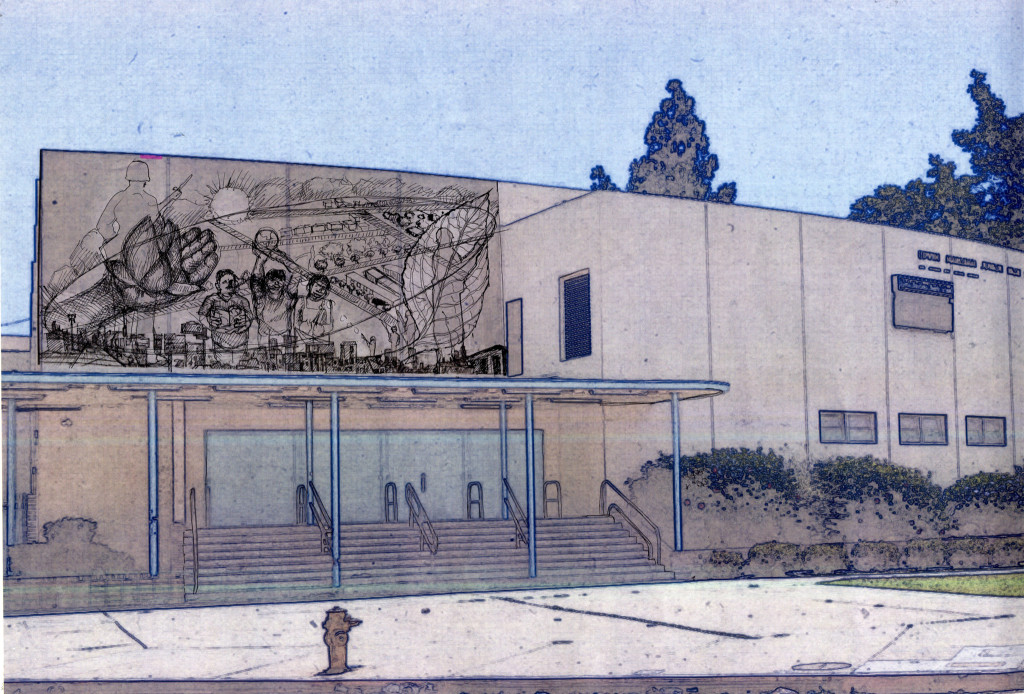 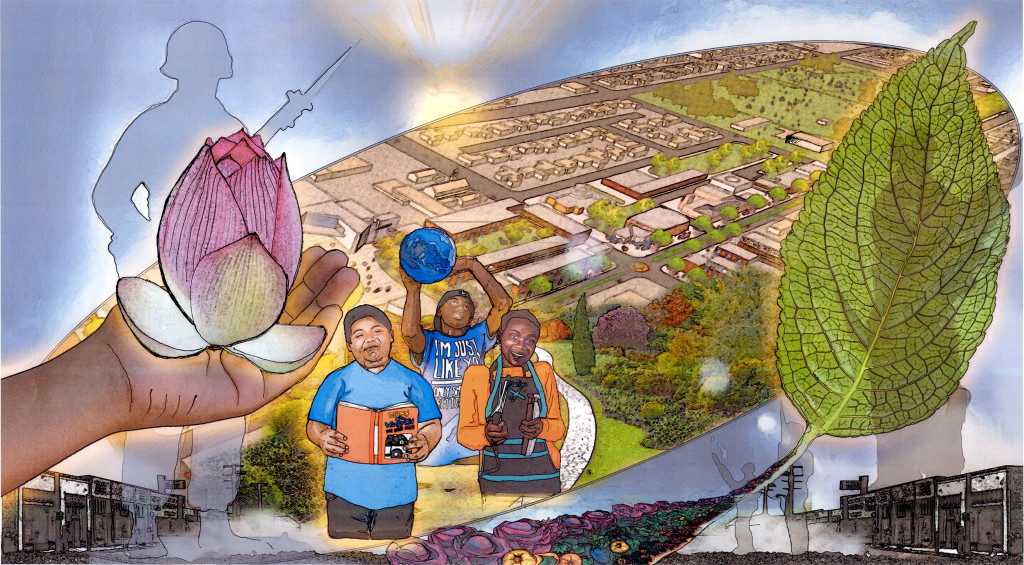 Watts Business Center / Charcoal Alley @ 103rd – there will be markers in the ground of personal statements of those who lived through the riots. Use of personal quotes and statistical materials. 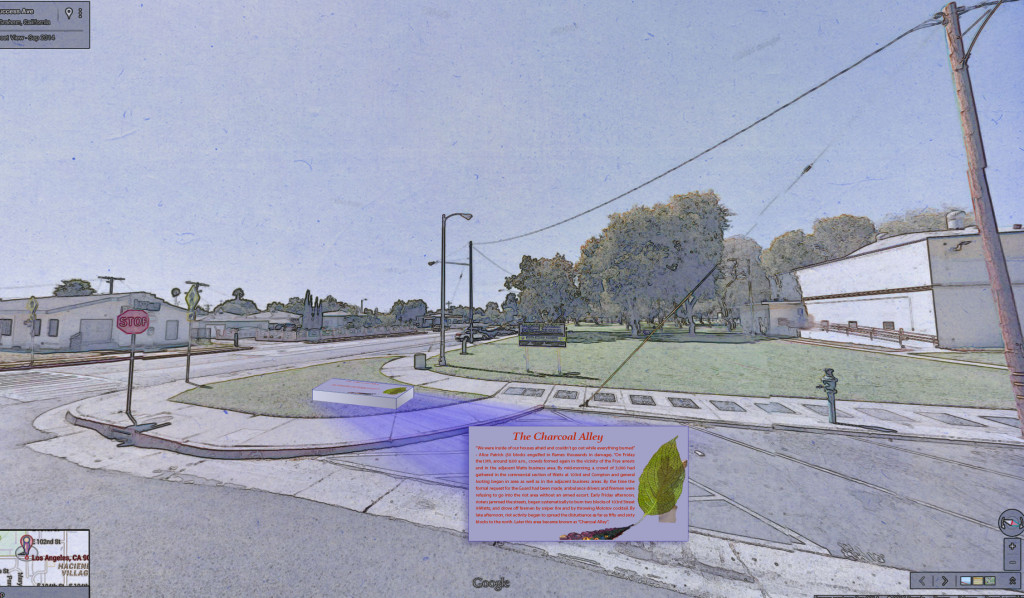 The artistic approach is both traditional and unconventional as the work proposed is more than a mural but also is a
tour of the Watts neighborhood through the vehicle of the Riots. The tour will also be available via a mobile phone geo-map application. The result will be a mural that represents the community’s dreams of the future while remembering the past.